What does the hourglass option under Duration do?

In the Time Slice Editor, there are two buttons with hourglasses in line with the Duration fields. There are no tooltips for these options and I’m not finding them in the documentation (potentially because I don’t know what they’re officially called, but still).
What do they do? 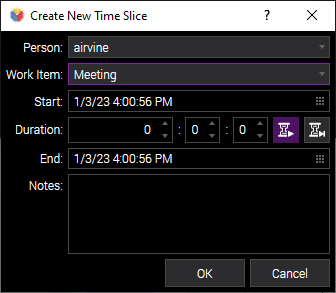